In January 2003, before the start of the current war in Iraq, a group of people in San Francisco began experimenting with ideas of how to respond to the newly increased level of rhetoric and propaganda surrounding issues of US national security. The goal was to sensitize people to the threats to civil liberties implied by the (then) newly proposed government projects such as the renamed, repackaged and re-budgeted “Total Information Awareness” program, while at the same time doing outreach to provide political organizing materials to people on the street in a humorus and provocative way.

Strongly influenced by Augusto Boal‘s “invisible theatre” (creating partially scripted scenes by embedding actors in public places) techniques, and with the assistance of various bay-area artists, the group created a team of “homeland security volunteer interns” to approach people on the street in order to engage them in conversation and hand out literature including links to a spoof website, deptHomelandSecurity.com. Other members of the group, acting as “ordinary citizens” would then approach and question the “intern” about the agency’s objectives and history in order to expose them. 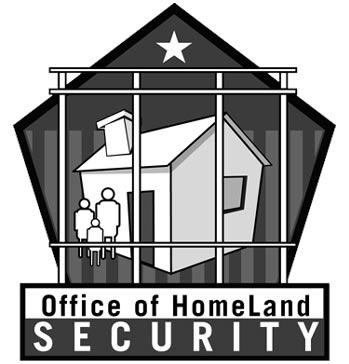 What is both surprising and disturbing is that the language of the spoof site which at that point (2003) seemed absurd seems relatively normal only three years later.

This kind of spoofing has been pulled off much more elegantly and dramatically by groups like the YesMen.