I started poking around in omidyar.net a few days ago, curious if it can be a resource for locating activist techs and funding. As I’m not really a member of any of the “social networking” sites, I don’t really have a sense of the social protocol. It is kind of like stepping blind into a cocktail party. A few people immediatly contacted me, but I didn’t know who they were other than by reading their profiles. So I got curious about the structure of communication of the site. After a day or so of coding with a little help from carnivore, htmlparser and sonia, I’ve got a few pictures of the network of positive feedback on comments. (people have the ability to give points to eachother’s posts in the fourms, kinda like slashdot) 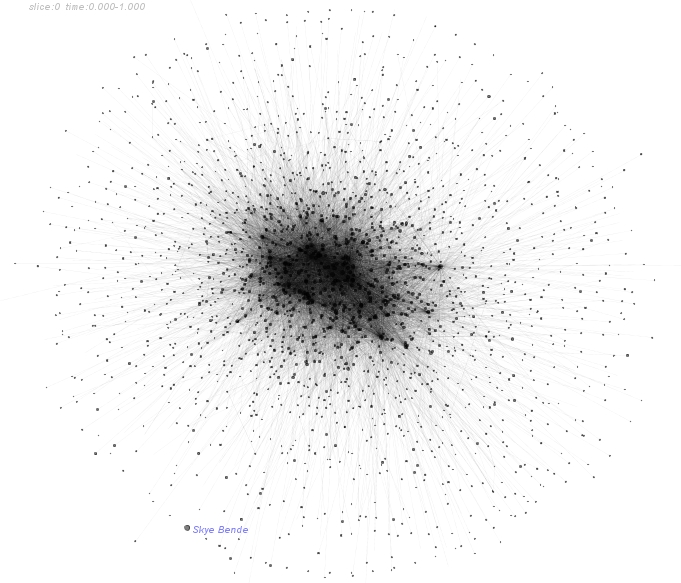 yup, its one of those “peacock on the windshield” inkblots. I labled myself, all the way out in the astroid belt. Here is a closer look at the core: 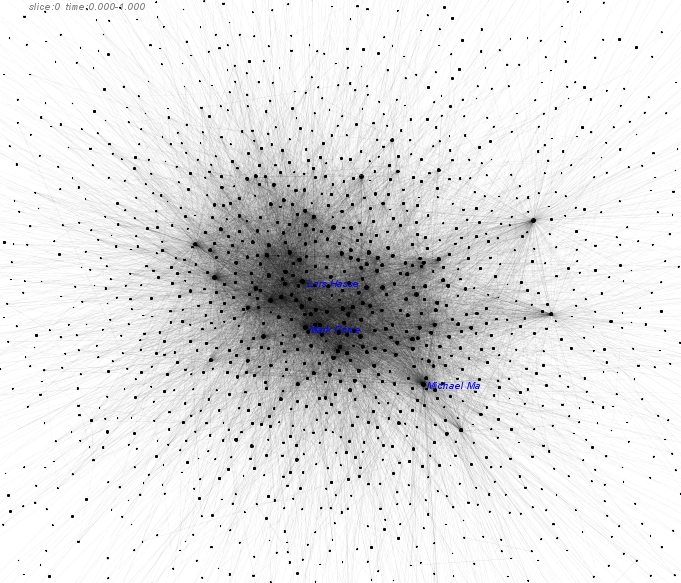 Here I labeled a few of the people with the most feedback (sorry for the name truncation). Both of these were done by doing a snowball sample from the list of newbies. The graph is large enough I had to do this with FR algorithm, so I don’t trust the positions that much. I don’t think I’ve got the link tracing code quite right yet, but I think there is some potential. Part of the problem is designing a good weighted snowball procedure that won’t oversample the core. If we had the time data, I could probably do movies… and there is lots of data about communication between groups, but I guess for that we can wait until they complete an API.

One thought on “Newbie’s view of a Network”