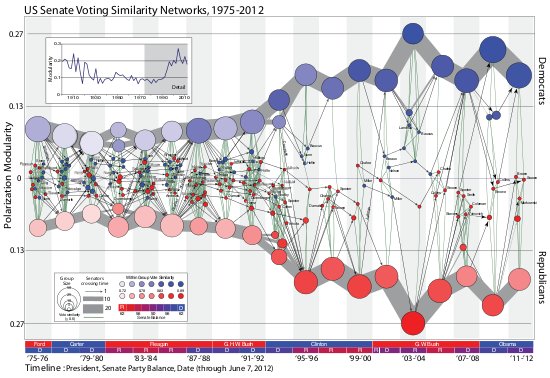 END_OF_DOCUMENT_TOKEN_TO_BE_REPLACED

Dr. Michael White wrote to let me know about an exhibit / performance at a science museum that used a network animation produced with the ndtv package.

… we used QR codes and tablets to monitor the spread of an infectious disease throughout people attending the museum, and perform dynamic network visualizations in real time.

The article is a little vague about exactly how this worked, but it sounds like the visitors were given tokens to pass to each other, a few of which were labeled “infected”, and at various points they were scanned in by staff and the data used to update the animation of the transmission network? The animation is included in the article. Cool to see the software used in real life!