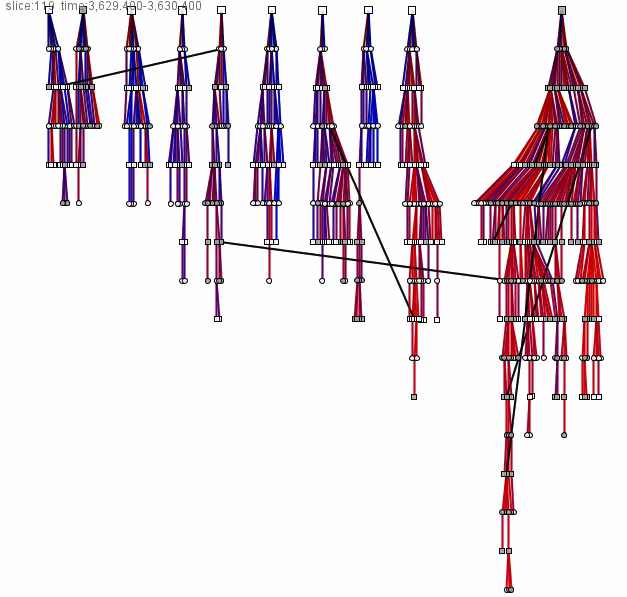 A movie premier! Yup, this week we are releasing a scare-thriller by the name of Concurrency and Reachability: transmission in a dynamic network. Don’t let the title fool you, the topic is a bit sexier than it sounds, as the underlying network model used to simulate disease transmission was derived from data on real-world sex contact networks.
The animation (discussed previously) was produced mostly with SoNIA, but I also did a bit of editing in Final Cut. The movie is a project of the statnet Network Modeling Group and accompanies the paper released this month:

Martina manages to get across a lotof information in the movie. Although style is somewhat academic, the message is not: “reducing concurrency” = “use a condom if you are not with your primary partner” ;-)

Ok, of course it is a bit more subtle than that. The group (Mark S. Handcock, David Hunter, Carter Butts, Steve Goodreau in addition to the paper authors) has been doing some really fascinating work on how the dynamics of a network impact the transmission across it. The sequence of tie events turns out to be really important, as does even very small amounts of attribute homophily in the nodes partner preferences.