I’m looking for people to team up with to build a non-profit commons based R&D organization. Here’s the current state of my evolving pitch: 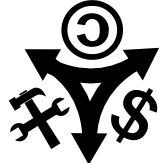 I see this as a project running on a couple of different time scales with various goals. The broader and longer term of which is to test and demonstrate the feasibility of an R&D business model based around intellectual commons. So organizations, academic institutions, and companies would pay for expertise and specific tool delivery, but intellectual property is drawn from and returned to the public domain. Clients would be buying the innovation, the implementation (that final 20% it takes to hook up all those great free libraries into something useful) and saving big bucks by not re-writing everything from scratch. This kind of model is especially appropriate for academics and NGOs which are (nominally at lest) working for a common good rather than directly competing for monopoly.

Smaller, more focused and adaptable than an academic institution, but also providing some kind of more stable situation for people like me who are having a hard time balancing between the academic and corporate worlds and don’t want to go work for a well funded but conservative think tank. And I imagine a set of inoffensively-progressive-and-still-fundable goals such as providing tools and data to encourage institutional and government transparency. A closely related aspect is managing the curation of large publicly accessible datasets that may be shared work between multiple organizations, and all of the potentially sticky issues around that.

The area of expertise I want to build up would be to try to address the kinds of problems I’ve seen while working with various academic and commercial datasets, and that I’ve been seeing in lots of other places. So that is collecting, cleaning, and structuring rich, multilevel, time-based, and especially relational data while providing the conceptual structures, analysis and visualization tools needed to do something useful with it. So taking really complex phenomena that are way too big and complicated for us to look at usefully and supporting the kind of abstraction and synthesis needed for intuition and communication. Ideally creating representations that are useful all the way down to the grassroots. I’d like to be painting pictures that help the man-on-the-street understand what is going on. Perhaps it is more realistic to produce models and metaphors that can promote understanding of systems at the policy making levels 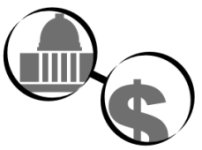 More specifically still, I think a good entrance point for all this that follows my interests is to work with political and economic data to map out issues spaces, funding and power relations. Trying to put at least a drop in the bucket for accountability, transparency, and the public’s right to know against the current tidal wave of government secrecy and surveillance culture. Not that I have any hope of keeping up with the NSA, but at least if some of these tools are out there, people may understand better what may be going on behind all those closed doors. (at least as far as that shows up in public record) And as a pilot project for that, I’m puttering along with some ideas for cross linking the FEC (election contribution) and congressional voting data.

So far I’m encouraged about feasibility. It appears there are a number of foundations that have a history of funding open-source, intellectual commons, government transparency projects, as well as some specific needs and interests on the commercial and NGO sectors. And I’m actually pretty excited about the number of great people out there and the amount of related work being done. The challange is to find other like-minded folks to help focus ideas and prioritize getting something off the ground. And of course finding time to plan ahead while balancing a couple of contracts to pay the rent.